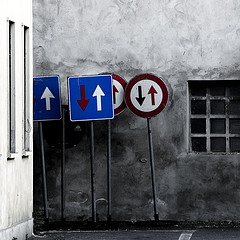 I RECENTLY CAME ACROSS a part of a Debate about Relativism on Philochristos where the Subjectivist attempted to refute objectivism and support subjectivism as the better explanation of morality.  Though I admire the depth of the subjectivist’s speech, and the lengths to which he was able to go to try and defend his position, I will only respond to the Argument from the Circularity of Objectivism at the bottom of the post.

“The crux of the problem with objectivity is its circularity:
Q: What is immoral, objectively?
A: It is X
Q: How do you know?
A: We feel in our minds that some things are right and some are wrong.
Q: But, Culture #2 feels that X is moral.
A: Humans can sometimes be wrong and it does not take universal agreement to know that something is objective.
Q: Well, how do you know YOUR view is right?
A: Because we feel in our minds that X is immoral.“

He brings up the objectivist defense of saying societies and cultures can be mistaken about objective values.  I have to wonder why he presents this in such a way, because the argument not only rests on two gigantic misunderstandings, but also seems to miss its mark here.  He seems to think that because the objectivist claims that X is immoral because “we feel it in our minds” and another culture claims that X is moral, that objectivism is circular.  On the surface, this makes sense.  If the objectivist only thinks X is immoral because he thinks it’s immoral, it would seem that he’s being quite circular, right? Actually, no.  The very example dialogue itself rests upon two distinct misconceptions.

1: That the objectivist “only” believes X is immoral because…

There is no one single reason to be an objectivist.  There are many.  In this way, by presenting the objectivist as having only one argument with the specific intent of demonstrating his circularity, the subjectivist has committed the fallacy of begging the question.

2: That the objectivist believes X is immoral “because”…

This is a scarcely noticed assumption on t he part of the subjectivist.  He does not understand the objectivist/absolutist’s very position here.  Objectivism includes in its definition the idea that objective moral values are absolute and irreducible, which is to say, intuitive.  The very idea is that human beings know moral values intuitively, and that no further reason is necessary, or even possible.  Quite literally, it is the objectivist’s position that “the buck stops here” with regard to moral facts.  This is not an argument from the gaps.  It is the natural outcome of applying the Leibnizian Principle of Sufficient Reason.  Suppose you are given a variable A.  You may set out to explain A by saying A=B.  This plainly explains nothing, so you go on to say that B=C=D=E=F=G=H=I=J=K etc…  One begins to notice that no matter how far you go, you will not have explained anything, because you have not implemented any objective values.  However, when one says that K=2, you have implemented an objective value and thus explained all the letters, including A.  To apply my example to the subjectivist’s example dialogue, simply replace “Variable A” with “Action X”, and replace the objective value of 2 with the objective value of evil.  The argument is at once revealed for what it really is; a total misunderstanding of the nature of objective value.

One more thing before I get to the point about the Subjectivist’s Dialogue being misguided.  While I was busy reducing the enemy arguments to Algebra, which makes me happy, I remembered a debate-ish thing about the Resurrection on Facebook which I had with some atheists.  Strangely enough, after about the 100th post (it later went to about 400 posts) we had stopped talking about the Resurrection, and begun talking about truth, the will, the “soul”, and naturalism, because I had inadvertently brought them up in a brief defense of miracles.  I realized that one of my posts about the moral argument is rather relevant to this discussion.  It uses bigger words, mentions the Transcendental Argument (ignore that reference), is substantially ruder, and is laced with venom and condescension.  Don’t let that distract you from how awesome I am.

You wrote21 minutes ago

If by saying “God is good” you believe you’re making a vacuous statement, you are affirming the transcendental argument. Do you know of the Christian theological tool called the Euthyphro Dilemma? I would research it if I were you. Also, when you ask what God is, what necessarily follows next is God’s “nature” or “essence”. It is His definition, per se.

Suppose I make the query: “What is God?”

Here’s where I get to the point about the dialogue being misguided. The root of the problem lies in the main point of the Subjectivist’s Dialogue.  He claims that Culture#2 makes a claim contrary to the claim of Culture#1.  To apply my example again, we can see that C1 makes the claim that A=2, and C2 makes the claim that A=3.  Again, the mathematicization of the argument reveals its nature.  It does nothing to defeat objectivism, suprisingly enough, because both C1 and C2 believe that A has absolute value.  Both claim that A is a number.  Both are objectivists.

But what about the subjectivist’s position?  What if you ask him to explain A?  He claims that A=B=C etc.  Clearly, he has not explained anything.  He says that A=B, and when asked what B equals, he says B=A!  In fact, in the one great irony of this argument, it is subjectivism which is demonstrably circular!

4 responses to “Refutation: Circularity of Objectivism”